If you want to create a smart lighting solution in your home, you can use a standard lighting switch to control the lights in your room. But a smart lighting system allows you to turn on lights or even adjust the intensity of lights by using your smartphone.

A light switch and dimmer control the brightness of a room’s lighting, and you might have used one to change a room’s lighting to create a certain mood. Lighting fixtures with smart LED light controls allow you to change the lights’ settings using your smartphone and your home automation system.

LED light controllers are one of the cheapest solutions for LED lights. But they have their challenges as the bulbs gradually dimmer. If you don’t want a complicated and expensive option like a motion sensor, then a smart LED light controller would be the best.

What is an LED light controller used for?

There are many benefits to using LED controllers. The first one is energy savings. LED lights can save 80% of the energy used in incandescent bulbs. They last much longer than the old ones. LED lights have a long lifespan of about 25 years. Smart LED dimmer can dim the lights automatically when the room gets dark. You don’t need to worry about having extra bulbs, which will save you some money. You can choose different light colors, depending on the room you are using.

It would be nice to have some lighting systems in your house. For example, you can have a lighting system in your home office. To do this, you will need to purchase an LED light controller. A WiFi LED controller will help you control your office’s light and color. WiFi LED Controllers usually come with pre-programmed settings that you can use when designing the system. You can also program it yourself.

After programming, you must test the controller to see how it works. You need to ensure that the light controller has enough energy so that you can get through a day’s activities. A lot of people use LED light switches to decorate their homes. They may have one in their kitchen, bedroom, bathroom, and living room. You can also buy LED light switches for commercial purposes, such as in a warehouse or factory. You can use controllers in stores to ensure that the lighting is sufficient to sell items more easily.

What are the features of an LED controller?

Features such as high reliability, ease of installation, ability to operate off of 12V DC power, and the option to control multiple devices, LED light strips, and more are just a few reasons people use the Philips Hue system. One of the main reasons behind its popularity is that you can use it with all kinds of lighting devices, including ceiling, table, and decorative lighting. The Philips Hue system allows you to control lighting from a smartphone, tablet, or computer, allowing you to access your lighting settings from any device at any time.

LED light controller is a device that enables the user to control a string of multiple LED lights at a single command through an APP. The LED controller is also known as the “switcher” or “multiplexer.” These LED controllers synchronize lighting systems’ operation in a commercial, business, or residential application.

One of the most popular LED controllers is called the Smart Hue. It is a product designed to help people set up a system of LED lights to control and dim each of them from their smartphone. It works with multiple LED lights, including table lamps, ceiling fixtures, and landscape lighting. These lights can be used indoors or outdoors. The smart Hue system enables users to control the light output from each of the lights in the system with a smartphone App that they download to their smartphones. You can use the app to turn the lights on and off or dim them. You can also set a timer to activate the lights automatically in the morning and the evening. These lighting systems are becoming increasingly popular for commercial and home applications.

They can be wired, and wiring harnesses the light emitted from the LEDs to turn them on and off in a specific pattern. The second type of controller, a wireless controller, utilizes radio frequency to communicate with the LEDs. Wireless controllers are usually smaller and can last up to 3 years. Wired controllers need to be replaced periodically.

A wired LED controller requires an electrical outlet or power supply and will only work within a certain range. If the controller isn’t plugged in, it won’t turn on.

Why choose an LED light controller

LED light controllers can manage lighting conditions in an office setting, such as dimming the lights, turning them on and off, and switching modes (such as full brightness, nightlight, and so on) as the sun sets, depending on when the user wants lighting to come on. They also allow you to schedule events like turning lights on and off to save energy during times of low activity. You can control them through mobile or desktop Apps and have the same settings for all the controllers on your network.

One of the biggest things that LED lighting systems offer is convenience. They are available 24 hours a day, 7 days a week, and can be used at home or work. They are very easy to install and manage. One of the advantages is the ability to dim lights with the push of a button. This gives you the ability to conserve energy in places that need to be kept dark.

How do LED light controllers work?

Smart LED light controllers help businesses make better decisions about their lighting systems. These software-based controllers enable monitoring and controlling lighting in a large area from one place. An operator can remotely turn the lights on and off, or dim them down, for example. They also allow for automated scheduling and remote monitoring and allow an operator to access real-time data and view reports on system performance and energy usage.

Smart LED light controllers use light sensors to turn LEDs on and off based on whether or not light is falling on the sensor. The technology improves the indoor lighting of commercial spaces and residential buildings. It is set to dramatically impact lighting and energy savings for commercial and residential space. 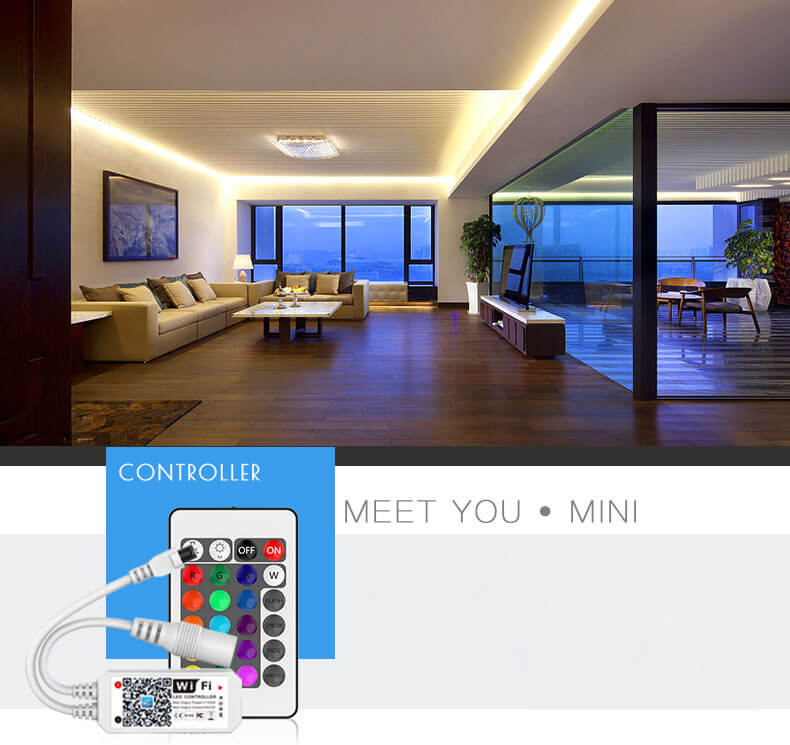 How to control the LED light controller

Smartphones and remote controls have changed the way people live their lives. Remote controls allow us to adjust our entertainment systems without getting out of bed, and smartphones have become essential tools that help us manage our lives. There are apps available for everything. From setting timers to monitoring blood glucose levels, they’re now an indispensable part of the way we do almost everything. We no longer have to worry about leaving lights on when we’re away from home, nor about getting up to change channels. Smartphones and remote controls give us control over our everyday lives.

This one is very interesting, and the light can change color by using your smartphone. Connect it to your phone, choose the color you want, tap the buttons and adjust the brightness. The LED strips are connected to the control system by an optical interface. You can create scenes, save them to memory, and turn them off and on manually.

If you own a phone, you probably use your smartphone more often than anything else. You can create your light shows and make them interesting. You can use LED strips, control systems, switches, and bulbs. It’s great fun. If you like making things more interesting, making things with more complicated designs and styles would be great.

The smart LED controller is part of the smart home system. We are a professional LED controller and LED strip lights manufacturer in China. We offer customized solutions, OEM, and ODM services. Wholesalers, distributors, dealers, traders, and agents are welcome to purchase bulk with us.

The Impact of Bluetooth Technology in The Smart Home 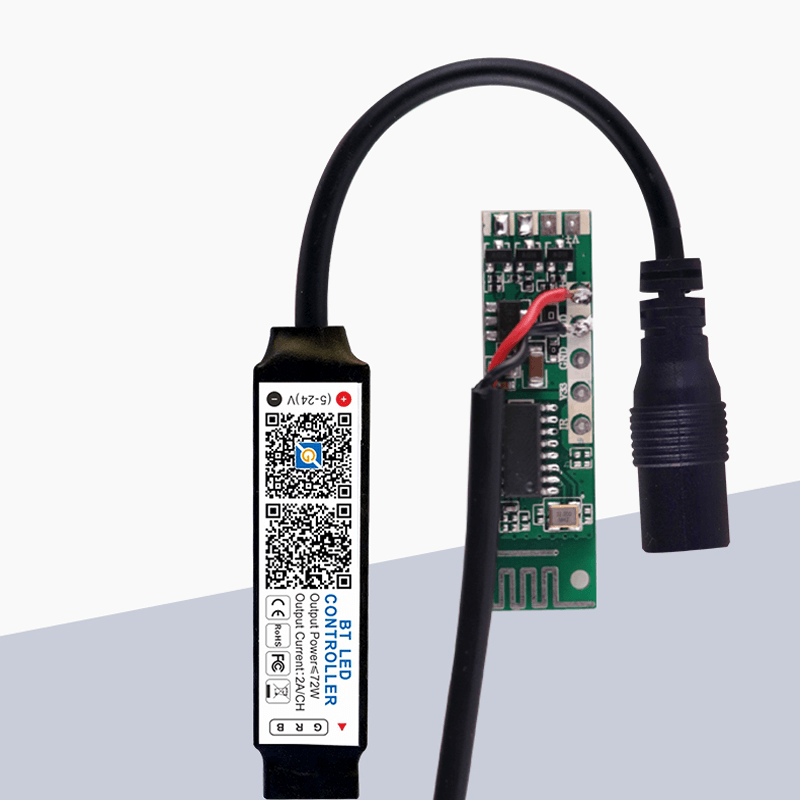 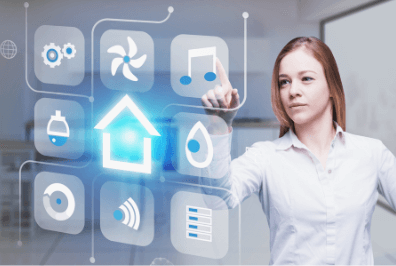 The Features and Functions of Smart Home