I am afraid that no one can give a perfect answer to what is the best LED strip. A perfect LED strip needs to be considered from different aspects, and different light strips have different functions and usage. This article introduces addressable LED strip to have a better understanding of this strip.

What is an Addressable LED Strip?

Addressable LED strip are powerful LED strips with a unique structure that allows you to control a single LED or multiple LEDs to create different effects when connected to a LED strip controller. Change the color, brightness, time, etc., of multiple effects through the APP.

LED strips are a very flexible lighting fixture that can be installed anywhere and can be cut at will according to the use of the scene. LED strips are the best choice for dynamic lighting solutions. They offer a wide range of color options and do not require special maintenance.

Addressable LED strip lights raise the standard of strip lights to a whole new level, offering more control options and unique lighting effects to make the whole scenario even better. Each LED bead in the addressable LED strips is addressable, controlled by one IC and has a built-in driver. Such a product structure, so that each LED brightness and color are different, you can make each LED color and the next different, suitable for displaying animation and other dynamic display of lighting effects.

According to the connection transformer, addressable LED strips are divided into 5V and 12V and are available in 30LEDs/m, 48LEDs/m, 60LEDs/m, and 144LEDs/m, all with their advantages.

What Components Do You Need To Use Addressable LED Strip

A complete, working Addressable light bar set is composed of the following accessories:

Illumination in the home: one LED strip controller controls one LED strip, plug and play, no programming required, hundreds of built-in dynamic modes. It is suitable for home, office, restaurant and so on. 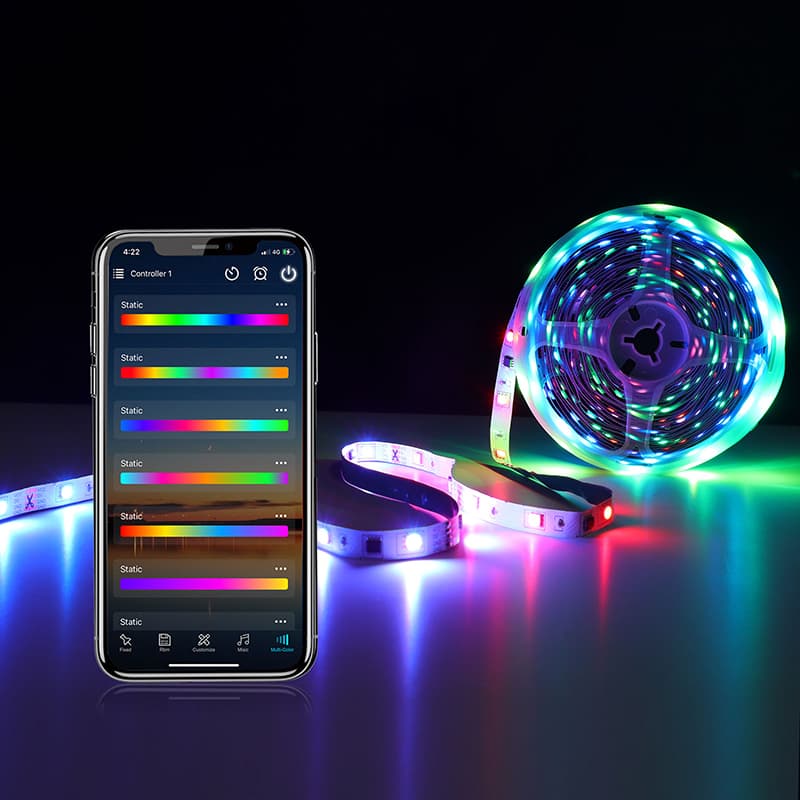 How to Control Addressable LED Strips with Pixel LED Controller? 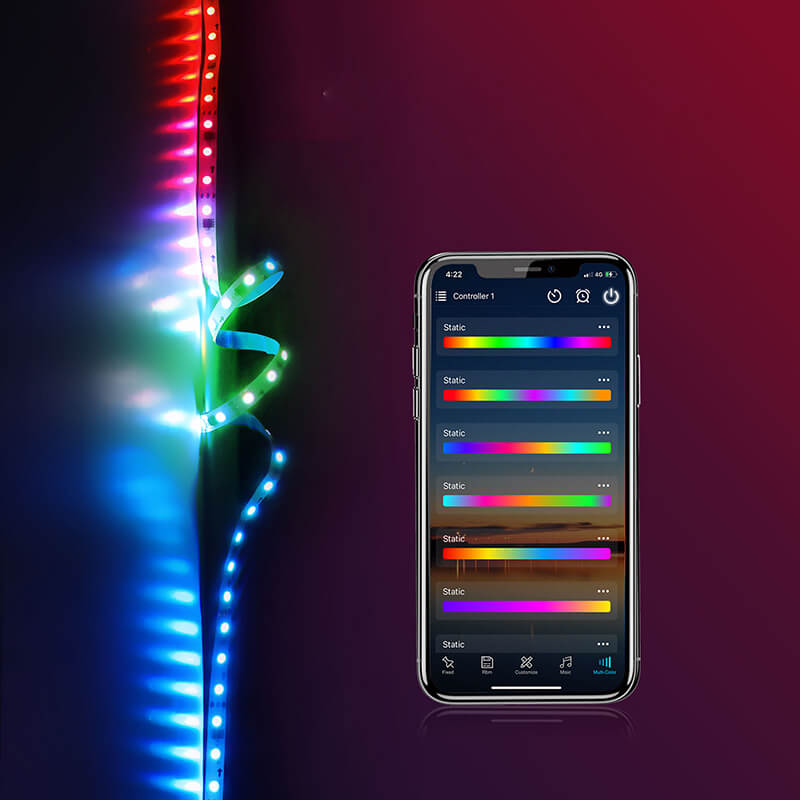 The Guide of Addressable LED Strip 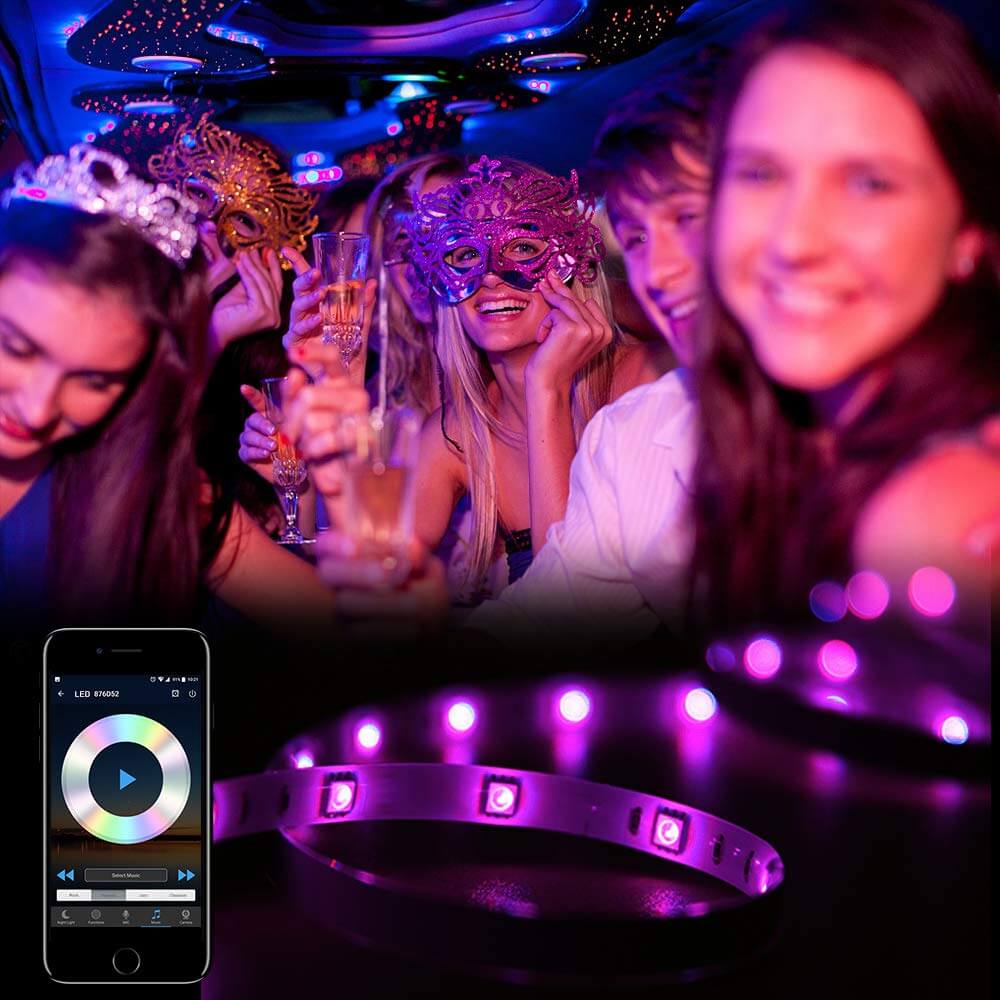